ALERT: Due to an increased demand in EMERGENCY SERVICES, wait times are much longer than usual. Find the right care at the right place.
Learn more about our Visitor Policy and COVID-19 Resources.

We use cookies and other tools to enhance your experience on our website and to analyze our web traffic. For more information about these cookies and the data collected, please refer to our web privacy statement.

Close
In this section
View all
Dismiss Modal
Close

Our Board of Trustees

Beth Israel Deaconess Hospital–Plymouth's Board of Trustees bring expertise from the private, public, and non-profit sectors, helping the hospital achieve its mission of delivering comprehensive healthcare to the community. Meet our Board of Trustees below. 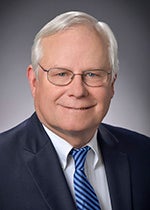 Kenneth Fosdick, Chair, Board of Trustees

After graduating from Boston University in 1967 with a Bachelor of Science in Marketing from the College of Business Administration, Mr. Fosdick went to work for the Ford Motor Company’s Ford Division in Boston for the next eleven years as the manager of their Business Management Department. In 1977 he moved to Plymouth, Massachusetts, and served as President of the Shiretown Ford dealership from 1978 to 2001. He also served as past President of the New England Ford Dealers Association. 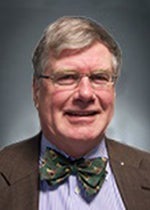 A Marshfield resident, Mr. Hewitt holds a Bachelor of Arts in History from Harvard University and a Master in Business Administration in Banking, Corporate Finance from the University of Pennsylvania. He is a retired insurance/reinsurance industry leader with expertise in all areas of property casualty Insurance portfolio management. Over thirty years of experience developing and implementing reinsurance solutions and structures of all types. He currently serves on several volunteer boards: Northeastern University; Harvard University; BID Plymouth; Duxbury Bay Maritime School; Crossroads; and Pioneer Institute and Insurance Library of Boston. A former rower on the US Olympic team, he continues to consult with former clients and various philanthropic organizations. 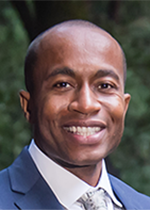 Dr. Horwitz-Willis is an Assistant Professor of Public Health and Coordinator of Public Health Practice at the Massachusetts College of Pharmacy and Health Sciences (MCPHS) University in Boston, MA. He also concurrently serves as a Public Health Officer for the Massachusetts Air National Guard at the Joint Base Cape Cod. He is a recipient of the 2019 Massachusetts Public Health Association (MPHA) Dr. Alfred Frechette ‘Rising Star’ award for being a champion of health equity in Massachusetts. His research and practice experience spans over a decade in both public health and healthcare sectors that include population health improvement, patient safety, health policy, and health promotion. He is the founder of Horwitz-Willis Public Health Advising & Consulting, which has recently launched the Leliwop brand that focuses on creating and sustaining healthy spaces and places where we ‘learn, live, work, & play’ across the globe. Dr. Horwitz-Willis resides in Boston and is currently pursuing a Master of Business Administration in Business Analytics at the University of Massachusetts Amherst. 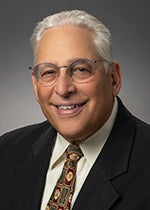 Jeffrey Kapell has been a cranberry grower in Plymouth since the mid 1970’s. Over a 40 year span, he has upgraded farm infrastructure and expanded production from 26 to 44 planted acres, while tripling total farm cranberry yields. Mr. Kapell holds a Bachelor of Science in electrical engineering from Lehigh University, having performed systems analysis at Boeing Vertol and Raytheon Missile Systems as well as taught physics at the Cambridge School of Weston prior to his farming career.

Jeff has been active throughout his life providing leadership to a number of community and cranberry industry organizations as board director and officer. In the 1980’s he served as Director and then President of the Plymouth Public Library Corporation Board, where Jeff developed a master plan detailing the compelling need for a new Town of Plymouth central library. Jeff then led a community effort over a number of years to make the present library on South Street a reality.

Mr. Kapell served on the Ocean Spray Cooperative Board of Directors from 1988 to 2000, including roles as chair of several board committees. From 1994 to 2015, he served as Director on the Board of the Cranberry Institute, the trade association for North American cranberry production, including six years as Chairman. He was also Director from 1984 to 1996 — including President for two years — of the Cape Cod Cranberry Growers Association (CCCGA). Jeff recently returned to the CCCGA Board, serving as 1st Vice President for the past several years.

During a downturn in the cranberry industry starting in 1999, Jeff supplemented his cranberry operation as an agribusiness consultant until about 2013. Mr. Kapell developed a national book of business at the intersection of agriculture and technology, performing feasibility studies, writing business plans and providing strategic planning and advice to cooperative and other agricultural boards of directors. Jeffrey enjoys camping and exploring in his 5th wheel RV and biking with his wife Alex. 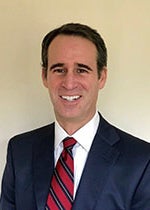 Dr. Kelly earned his Bachelor of Science degree from Cornell University and his Medical Doctorate from the University of Virginia. He completed his radiology residency at Beth Israel Deaconess Medical Center in Boston and a fellowship in Musculoskeletal Radiology at New York University. He has been on the diagnostic imaging staff of Beth Israel Deaconess Hospital–Plymouth since 2006 and has been the Medical Director for Ultrasound since 2014. Dr. Kelly is currently President of Plymouth Imaging Ventures and serves on the Board of Directors for Southeastern MA PET/CT Imaging Center and the BID Plymouth Foundation. Dr. Kelly resides in Duxbury, MA with his wife and two children. 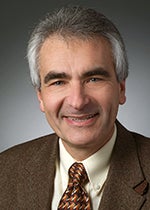 Born in New Jersey, Dr Kowaloff received his undergraduate and medical degrees from Northwestern University. He completed a residency in Internal Medicine at University Hospital in Boston and served as the Chief Medical Resident there as well. He joined the faculty of the University of Massachusetts Medical School in Primary Care in 1980. Dr Kowaloff taught and practiced primary care internal medicine for more than twenty years in Worcester before transitioning to full-time administrative medicine serving as the chief medical officer at Saint Vincent Hospital in Worcester, Jordan Hospital in Plymouth and most recently Saint Anne's Hospital in Fall River. Dr. Kowaloff retired from Saint Anne's Hospital in July of 2016. As a Chief Medical Officer Dr. Kowaloff has had extensive experience in medical staff peer review, clinical quality and patient safety initiatives and most recently in leading a program that achieved top tier scores in patient experience. Dr Kowaloff is married to Katherine, formerly a Cranberry Hospice social worker, for 39 years. They have two daughters, Rebecca and Jennifer, and recently were blessed with two grandchildren, Wesley and Eleanor. 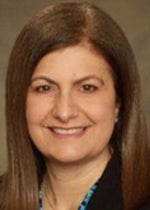 Anna Marini is Associate Director of Quality Improvement at Duffy Health Center. She holds a Master of Public Policy from the University of Massachusetts Dartmouth, a Master of Health Administration from Duke University and a Bachelor of Science from Boston College. Prior to her current role as Associate Director of Quality Improvement and Safety at Duffy Health Center in Hyannis, Anna worked for over 25 years in a variety of health care administration roles or as a consultant at several Boston teaching hospitals including Brigham and Women’s, Tufts Medical, Children’s Hospital and Beth Israel Deaconess Medical Center. Her last hospital position was as Vice President of Clinical Services at Brigham and Women’s Hospital and in that role, she was involved with numerous initiatives at the start of the formation of Partners Healthcare (now Mass General Brigham). Anna also has experience working as an Analyst at the Public Policy Center at UMass Dartmouth and as the owner of a small business. Anna has been involved with BID Plymouth for several years as a member of the Patient and Family Advisory Committee and the Advisory Board. 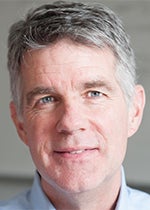 Jon McGrath is a Duxbury resident and holds a Bachelor of Science in Physics from the University of Vermont. Jon is a medtech entrepreneur with more than 40 years of experience leading transformative, therapeutic and diagnostic technology companies and projects. He is CEO of 149 Medical, a clinical stage company focused on noninvasive neonatal monitoring. Before that he was CEO at Neograft Technologies, focusing on adaptive vascular grafts. Prior to that he was CEO at LumeRx, who developed a photodynamic transendoscopic treatment for H pylori. Prior to that was an R&D and operations leader at a variety of public and private companies including Biosphere Medical, Urologix, Schneider/Pfizer and Boston Scientific.

A Marshfield native, Mary Shields resided in Plymouth for nearly 20 years and now lives in Harpswell, Maine. She holds a Bachelor of Arts degree from Framingham State College with further post-graduate studies at Mass College of Art and Boston Architectural Center. Recently retired, Mary is the Founder and past President of Shields Design, where for almost three decades her team provided creative services to an impressive clientele ranging from healthcare, technology, government agencies, tourism, sports and entertainment giants. For the past 20 years, Mary also focused her attention on the creation of Barnicle and Husk and her mission. The two characters were created to bring awareness about the Wampanoag people that first inhabited the land we now call America and teach young children the truths that unfolded over 400 years ago. Walk around characters, storybooks, games and activity sheets made learning fun.

Mary is a partner of the historic Plimoth WaterWorks Building, where space is dedicated to creative services and to fine artists in the Plymouth waterfront. Since 2005, Board affiliations at BID Plymouth include former Philanthropy Foundation Trustee, Chair of Community Business Partners, current Advisory Board member and she is involved with various on-going committees. Former Executive Board member of Plymouth 400, Inc. Mary enjoys drumming and various creative endeavors but especially enjoys spending time with her husband Jim McKinnell cruising in Maine, skiing, snowshoeing, hiking and spending time with their three grandchildren. 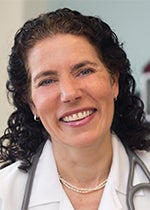 Lisa Taylor, MD, holds a Bachelor of Science in Chemistry from Hobart and William Smith Colleges in New York, a Doctor of Medicine from Robert Wood Johnson Medical School in New Jersey and was Chief Resident of Internal Medicine at Christiana Hospital in Delaware. In 1997 she moved to Falmouth with her husband to raise her 3 sons and be closer to her family. For the first 5 years she was a hospitalist in Falmouth for a small group of local internists while volunteering at the Falmouth Free Clinic, now the Community Health Center of Cape Cod in Mashpee. She served as its Medical Director for several years and was instrumental in starting one of the Cape’s first Outpatient Based Opiate Treatment Programs. In 2014 she joined APG, the Primary Care group for Beth Israel Deaconess and is currently practicing outpatient Internal Medicine in Sandwich. 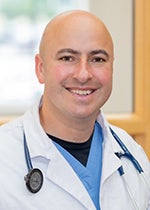 After growing up in Lexington, MA, Dr. Valsky did his internship, residency and fellowship at Boston Medical Center. Upon completing fellowship, he became employed as a cardiologist at Boston Medical Center and Beth Israel Deaconess Hospital–Plymouth. In Plymouth, he became the medical director of both cardiac rehab and echocardiography, creating an echo lab in the community with the standards of an academic medical center. At BID Plymouth, he started his term as President of the Medical Staff in September of 2021.